Today I have the pleasure of introducing Susan Behon. She is letting us take a peek at her new story One Lase Call to be released on Feb 29. 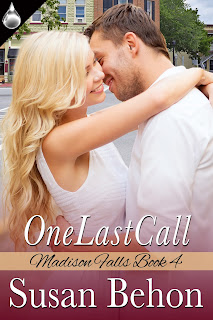 Blurb:
Sarah Brandon is having the night from Hell.
Thanks to a deer playing chicken in the middle of the road, Sarah is forced to make a frantic ditch dive and gets stuck in her wrecked vehicle. Fiercely independent, the idea of being a damsel in distress chafes more than the seat belt holding her in at an odd angle.
Stranded and needing a rescue, the last person she expects to be her knight in shining armor is Josh Logan. Even with the sexy southern drawl and bad-boy charm, her long lost love could just as well stay lost as far as Sarah is concerned.
She’s had it with men. With a cheating ex-husband trying to win her back and a too sexy for his own good ex-boyfriend trying to make amends, she doesn’t need any more trouble. Trouble finds her anyway when it comes to light that the cause of her accident is no accident. Someone is out to hurt her, and Josh wants to protect her before it’s too late.
Josh considers it fate that he finally has a chance to explain to Sarah why he left town without a word the summer after graduation. It was years ago, but he never stopped loving her. Secrets from the past and threats from the present collide in a dangerous game that could cost Sarah her life. One kiss at a time, Josh is out to prove that he would slay dragons for her if she would only give a lost love found a second chance.
Buy Links:
http://www.amazon.com/Susan-Behon/e/B00TE65434 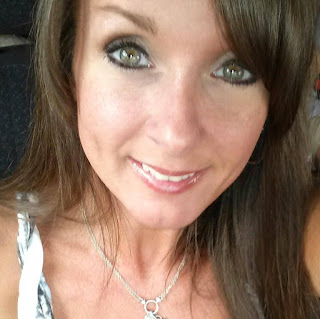 Quotes:
~They’d been done for years. Over and then some. Touching Josh out of necessity now should be no big deal. No problem. She was a grown woman now. Besides, he was an ass…with a nice ass. Shut up, Sarah.

~“Hey there, Sarah sunshine.”
An achingly familiar, deep baritone with a sexy southern drawl drifted through the window on her left. There was only one man who had ever called her “sunshine.” She didn’t want to turn her head and see Josh Logan attached to that voice.
Maybe she could fake deafness and he’d go away?
That theory was shot to hell when he murmured, “Hey there, darlin’. You okay?”
Sarah snapped. “Do I look okay to you?”
In her frustration, she’d managed to turn her head to look at him. He was barely lit by the console lights. Still, the full impact of his blue-eyed gaze hit her like a slug to the chest. Oh. My. It was Josh all right.
He still had that same chiseled jawline that she used to love tracing with her lips. The bastard hadn’t even had the decency to go bald and fat.

~“You flipped the switch. You’re using verbal foreplay to lure me in!”
“Verbal foreplay? Honey, this is the way I talk.” He ran a hot fingertip down the side of Sarah’s neck in a slow glide. The tone of his voice became wickedly indulgent. “I can’t help it if you like it.”
“I don’t like it!” Man, I’m such a liar.
“You little liar. I remember everythin’ you like.”

~Her mouth went dry from seeing Josh up close and brightly lit. Sarah managed a nod as she took in his faded blue T-shirt that showcased defined biceps and a broad chest. The washed-out cotton encased a stomach that was still annoyingly flat. A hint of a tattoo on his upper left arm peeked out of the short sleeve. Sarah couldn’t make out what it was. From what she could see, the design looked intricate. She wanted to push up that sleeve and explore him…no, wait, explore the tattoo. Not him. Definitely not him.

~Josh soothed her with nonsense and the strength of his arms around her. “Come on, sunshine. It’s all gonna be all right. If all that hell wouldn’t have happened, I wouldn’t be here right now, sittin’ smack in the middle of heaven, holdin’ you.”

~Josh, you underestimate my love for bacon and my…”
“…hatred of me?” Josh wished he wouldn’t have reminded her of it.
“I don’t hate you.” Sarah’s expression shuttered, and the vibrancy she’d shown while they were bantering disappeared.
“You don’t? What would you call it, then?”
Sarah closed her eyes and let out a deep, frustrated breath. “Look, it was a long time ago. I don’t want to talk about it. Let’s forget it and move on, okay?”
Josh opened her door and helped her up as gently as possible. He started the truck, and they drove along in silence for a few moments.
“No.”

~“No, it’s not going to work. Whatever you have in mind, you can forget it. These aren’t the good old days, and I’m not some naive teenager ready to melt over a Southern twang and some sloppy kisses.”
“Whoa, wait. What do you mean sloppy? My kisses were never sloppy. You used to love my kisses. You weren’t complainin’ back then.”
“I didn’t know any better. Live and learn.”
“When I kiss you—and that’s a when, not an if—the last word you’ll be thinkin’ is sloppy. That’s if you’ll be thinkin’ anythin’ at all.”
“Aren’t you sure of yourself? One thing hasn’t changed. You’re still as cocky as ever. You can forget it. There is no when; there isn’t even an if when it comes to you kissing me. Dream on, bud.”