The Long Way Home will be released on February 29
(The Southwark Saga, Book 3) 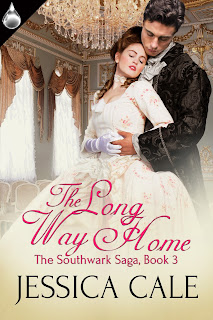 A paranoid king, a poison plot, and hideous shoes…it’s not easy being Cinderella.

After saving the life of the glamorous Marquise de Harfleur, painfully shy barmaid Alice Henshawe is employed as the lady’s companion and whisked away to Versailles. There, she catches King Louis’ eye and quickly becomes a court favorite as the muse for Charles Perrault’s Cinderella. The palace appears to be heaven itself, but there is danger hidden beneath the façade and Alice soon finds herself thrust into a world of intrigue, murder, and Satanism at the heart of the French court.

Having left his apprenticeship to serve King Charles as a spy, Jack Sharpe is given a mission that may just kill him. In the midst of the Franco-Dutch war, he is to investigate rumors of a poison plot by posing as a courtier, but he has a mission of his own. His childhood friend Alice Henshawe is missing and he will stop at nothing to see her safe. When he finds her in the company of the very people he is meant to be investigating, Jack begins to wonder if the sweet girl he grew up with has a dark side.

When a careless lie finds them accidentally married, Alice and Jack must rely on one another to survive the intrigues of the court. As old affection gives way to new passion, suspicion lingers. Can they trust each other, or is the real danger closer than they suspect?

“Really brilliant writing that's so engaging with such endearing characters! I especially love the way Jack and Alice are both so devoted to each other! I was totally absorbed in this exciting and fascinating world Jessica Cale created from the very first paragraph to the last! I read this all in one sitting, staying awake late to finish, just had to!” – Romazing Reader

Add to Goodreads: https://www.goodreads.com/book/show/28499321-the-long-way-home
Save 20% when you pre-order with Liquid Silver Books: http://www.lsbooks.com/pre-order-coming-soon-romance-books-c322.php

Find the rest of the series here: http://www.amazon.com/Jessica-Cale/e/B00PVDV9EW 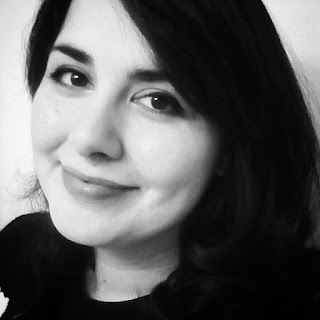 Jessica Cale is the award-winning author of the historical romance series, The Southwark Saga. Originally from Minnesota, she lived in Wales for several years where she earned a BA in History and an MFA in Creative Writing while climbing castles and photographing mines for history magazines. She kidnapped (“married”) her very own British prince (close enough) and is enjoying her happily ever after with him in North Carolina.

“Do you have a sweetheart?”
Alice’s spine went rigid at the question. Why would he care?
“That is to say, a man. A person, rather. A lover?” Jack cleared his throat. “That’s none of my concern, really. I apologize. Forget I asked.”
How could she answer that? She couldn’t very well tell the strange man Jack had grown into that she’d dreamed of him to the exclusion of all others for eight years. If her freakish memory didn’t frighten him off, her obsession definitely would.
She turned, very slowly, and forgot what she was thinking when she saw him. Jack was reclining on his elbows, looking at the stars. The odd posture only really drew attention to the span of his chest, the slight rise and fall of his breath. He’d dressed in a hurry and his collar had come undone, revealing an inch of collarbone and hinting at the lean muscle beneath. His dented chin was pointed heavenward, lengthening his bare neck. If Alice stared any harder, she’d be able to see the blood flowing within.
She thought about putting her lips on his throat and the fluttering she usually felt in her heart moved decidedly lower.
That was new.
“Just you.” She sighed and then cringed as she realized she’d said it aloud. “Married, remember?”
Jack turned and gave her a boyish smile that made her toes go numb. “I suppose we are. What do you make of that?”
Alice blinked. It was everything she’d ever wanted, but Jack...he was young, handsome, kind, wonderful, and everything that was right in the world. He could have any woman he wanted. Or could have, before she ruined that for him. She wiped away another tear. “I’m sorry, Jack.”
He shrugged. “Whatever for?”
“You deserve a wife of your own choosing,” she said, feeling brave.
He lay on the roof, stretching his arms behind his head with a smile. “Don’t shed any tears for me. I got the prettiest Henshawe girl. The boys back home will be sick with envy.”
Alice’s laugh came out as a snort. She held her nose in embarrassment. “Don’t jest.”
“Who’s jesting?”
Alice curled up on her side facing him, reasonably certain she was dreaming. The cool tile beneath her cheek was real enough. She contracted her nails against the rough surface, wondering if she imagined the vibration in her fingertips. Any moment now, she would wake up.
“I don’t expect you to keep me, of course. That would be something, wouldn’t it? You stuck with someone like me?” He laughed.
Alice didn’t.
“This will be good, though, truly. I can protect you, and we can spend some time together, like the old days.”
Alice sighed. Yes, like the old days, but I’m talking to you now, and making a mess of it, and you’re all grown and gorgeous while I’m more awkward than ever.
Jack smiled, his teeth bright in the night. “It’ll be great fun to pretend to be married.”
Alice fell onto her back with a disappointed grimace. “Fun.”

Chase
The palace was quiet, and he imagined most of the residents were away at meals of their own, or perhaps watching His Majesty do something else inane. The enormous rooms were dim, the lesser used ones only half-lit by candles. The marble walls appeared to glow warm with some internal fire, and the gods and monsters in the oil-painted ceilings seemed more alive in the semi-darkness.
Versailles was at its best when it couldn’t be clearly seen. By daylight, the rooms were too garish, too heavily embellished to be tasteful, but alone in the night, Jack could have believed he was sneaking through some secret corner of heaven.
As if to underline this point, Alice’s door opened and she slipped out of the darkness like a divine vision, the only sound she made the whisper of her skirts sweeping against the door. Her dress was the deepest midnight blue trimmed with gold lace, the muted shine of the silk like a moonlit night. Her hair had been arranged carefully and ornamented with three dazzling gold stars above her left ear. She was wearing less powder than she often did, and she looked more like the Alice he knew, only dressed splendidly as a goddess of the night.
She gasped when she saw him standing there, leaning in the arch of the doorway. He hadn’t realized he had done it, but some part of him must have known he needed the support to look at her. She looked him over slowly, bashfully, and her face did not reflect any of Achille’s earlier disappointment. Her eyes appeared to be a hazy gray in the dim corridor, and were so beautiful they were almost painful to look at. It was not disappointment he saw in those eyes, but something altogether more confusing. Was it guilt? Apprehension?
Dear God, it might be lust.
He wondered if her room was empty, and if she had tied her corset with the knot he’d shown her. He knew he could have her dress off in a matter of moments. Just one little tug and her corset would follow, and she’d be in his arms and very nearly his. Jack felt his temperature rise for the second time that night.
If she was a murderer, she must be very good at it. She could have his own knife out of his boot and between his ribs before he could pull his gaze away from her lips.
Remembering himself, he straightened and bowed deeply. He offered her his arm. “My lady.”
Alice took it without a word, flipping open a painted fan with her other hand, fanning her face as they began to walk. Jack was tempted to ask if he could borrow it for a moment. Lord knew he needed to cool down.
They walked slowly together through the dim rooms, the only sound the click of his boot heels and the swish of her skirts. The candlelight gave her face a lovely, rosy glow, but he had seen enough of her that afternoon to know that every inch of her skin really was flawless. His gaze flitted once more to her peony-colored lips. He had kissed her once before. Dare he do it again?
As if she could read his thoughts, Alice looked up at him and he almost tripped over his own feet.
Murderer, he tried to remind himself.
His heart insisted wife.
He cleared his throat noisily. “Y-Your shoes aren’t making any noise,” he observed, and cursed himself for the ridiculous observation. He wanted to compliment her correctly, but he was afraid he would accidentally tell her she looked like something straight out of his most illicit dreams, so instead he blurted a silly comment about her shoes.
Well done, Jack.
Alice didn’t seem to mind. Instead of looking at him with the pity she probably should have felt, she grinned up at him and stopped walking. She removed her hand from his arm and, to his considerable surprise, she raised her skirts to show him the lower half of her curvy calves in silver stockings. He realized after a moment it was not her legs she was showing him, but her shoes—she was wearing a pair of flat, fluffy slippers.
They didn’t look like any slippers Jack had ever seen. They were generously cut and enveloped her little feet completely, so it appeared that instead of wearing shoes, Alice had grown the feet of a bear. Jack grinned at the ridiculous thought. “Those are fur.”
Alice nodded enthusiastically. She raised her skirts a little further and, after she checked that no one else was around, took off running through the now empty Petite Gallerie du Roi. She stopped suddenly and the slippers kept her sliding an extra several feet through the arch into the next room. She looked back at him over her shoulder, her delight plain on her lovely face. Jack laughed, the sound echoing through the cavernous palace.
Something about her running playfully made him want to go after her. The last time he had done that, he had lost control of himself completely and kissed her in the rose garden. That’s how he had ended up going to this damned supper in the first place. Still, her skirts began to shake as she ran a few more steps, and he couldn’t help it.
He chased her.
When Alice noticed him jogging behind her, her face lit up and she took off running in earnest, tearing through the empty rooms and halls as fast as her dress would allow. He chased her through them, grinning so hard his face hurt, until they reached another hall of private apartments and he caught her.
His hands closed around her waist and he spun her around in his arms, trapping her against the gold-trimmed wall. She looked slowly up at him with those devastating eyes, and he knew one thing for certain.
She had let herself be caught.

Thanks so much for dropping by Jessica, I can't wait to find out how Alice and Jack survive life at court!