Today I would like to welcome Anneka Ever introducing her new book Hearts Race. 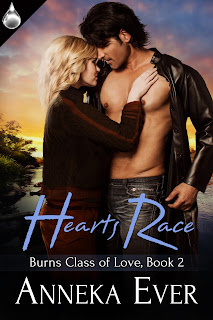 When it comes to adventure, she’s stop and he’s go. When it comes to romance, he’s yes and she’s no.
Can billionaire Dylan Delaney overcome his adrenaline addiction with life coach Greta Larsen’s help before he loses his technology empire? Can she move past the death of her husband to find love again?
When Greta finds herself attracted to her very rich, very handsome new client, she sees it as a betrayal of her late husband. Despite her feelings of guilt, she can’t walk away from Dylan, especially when she learns he harbors his own grief.
His secret sorrow is the key to Dylan’s love of danger. Greta is determined to unlock his mysterious past so he’ll stop courting death. What she doesn’t count on is the passion she frees.
Dylan’s never met a woman who could slow him down. Until now. Greta teaches him to be mindful of the moment, but soon his every moment is filled with thoughts of her. Has he replaced one addiction with another?


Hearts Race is the follow-up story to Riverswept and the second book in the Burns Class of Love series. The story returns readers to the small town of Burns, Virginia and also introduces them to the Blue Ridge Mountains around Charlottesville, Virginia.

She returned to the porch and slammed the lid shut. When she did, a possum scurried from behind the box and ran across the floor. Caught off guard, she stepped backward and fell off the porch. She hit the muddy ground with an “Umph!” and a splash. She had landed in a puddle.
Cold raindrops stung her face before she had enough sense to duck her head. Groaning, she climbed to her feet and walked around the porch to the front steps. She trudged up them, stepped inside, and shut the door. She peered up the stairs, waiting for Dylan to make an appearance. No sign of him. Good.
Icy water ran down her back and legs. Her teeth chattered. She stumbled to the fireplace and shivered in front of it. No good. Greta peeled off all of her clothes and let them fall to the floor. Goosebumps crawled up and down her skin. She turned her backside to the fire to warm her bottom. When she stopped trembling, she turned to face the fire, holding her palms out to envelop the heat.
She heard a wooden creak. She looked back over her shoulder and found Dylan standing on the bottom step, his hand resting on the balustrade.
She froze.
His hand dropped to his side. His eyes darkened. His lips parted. She saw his chest rise as he drew in his breath.
She felt as if they had both fallen under an enchantment.
A burning log snapped, breaking the spell. She snatched an afghan from a nearby chair and wrapped herself in it. “I thought you were asleep,” she hissed.
“I came down for my phone. I just realized the battery is probably dead.” He held up the cord of a phone charger. “Why are you wet?”
“I fell off the porch getting firewood.”
“Are you all right?”
“I’m fine.” She backed up to the fire without taking her eyes off him.
“Watch your tassels,” he warned.
“Never mind my tassels!”
He laughed and pointed. Looking back, she realized the fringe on the afghan was too close to the fireplace. She felt herself blush.


Anneka Ever is a romance author. Her contemporary love stories are set in the mountains and small towns of Virginia. Her strong heroes and independent heroines explore their passion against the beautiful backdrop of rivers, meadows, and forests. She is a member of the Romance Writers of America. Anneka lives in Virginia with her husband and three dogs. 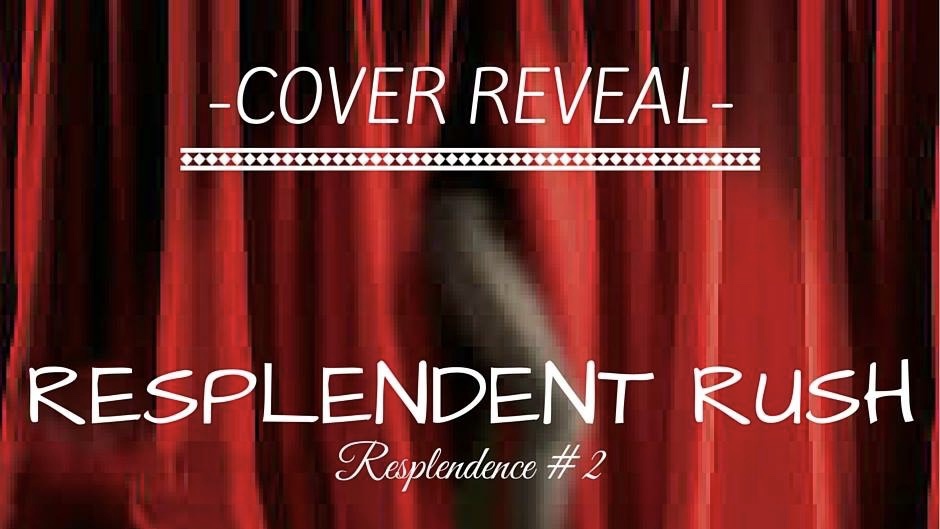 Blurb
Lexi is a vivacious, quirky, and fiercely independent woman with enough attitude and wit to intimidate even the most confident of men. Levi is a sexy-as-hell, cocksure, smoldering hot marine blessed with smooth swagger and cool confidence to charm his way into any woman’s bed. The one thing they have in common, though, is their disinterest in finding love. She’s determined to not let love interfere and dictate her life. And with his career, he doesn’t need the emotional ties and baggage of love, and dreams of white picket fences.
But a few chance encounters have these two tangled up in one wild, passionate, explosive ride which neither of them expected, and which leaves them completely and utterly addicted to each other. Already in too deep, Lexi stubbornly fights her growing feelings for him and refuses to become vulnerable against the power that love seems to yield. She has witnessed firsthand how loving someone can destroy a person, leaving him defenseless against a life of emotional turmoil. She refuses to let it happen to her.
Levi knows that Lexi is holding back. He knows that she is keeping a part of her heart guarded. He’s determined to burn down the walls she so desperately clings to, and make her surrender her all to him. But with his long-lost brother’s unexpected return comes an inexorable danger that he will do just about anything to protect her from—even if it means losing her, and in the end, breaking her heart.
Goodreads link for Resplendent Rush (Resplendence Book 2)
Presenting the smoking hot cover of Bella J’s new Contemporary Romance - Book 2 of the Resplendence Series
RESPLENDENT RUSH 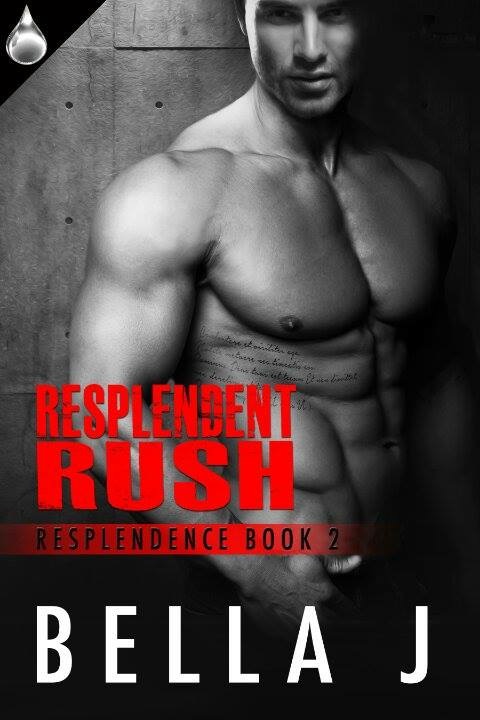 Excerpt:
Lexi indicated for the bartender to bring them a round of shots. Just as she was about to toss the tequila back, someone rammed into her from behind, and her little shot glass of heaven went bye-bye all over the counter and down the front of her dress. 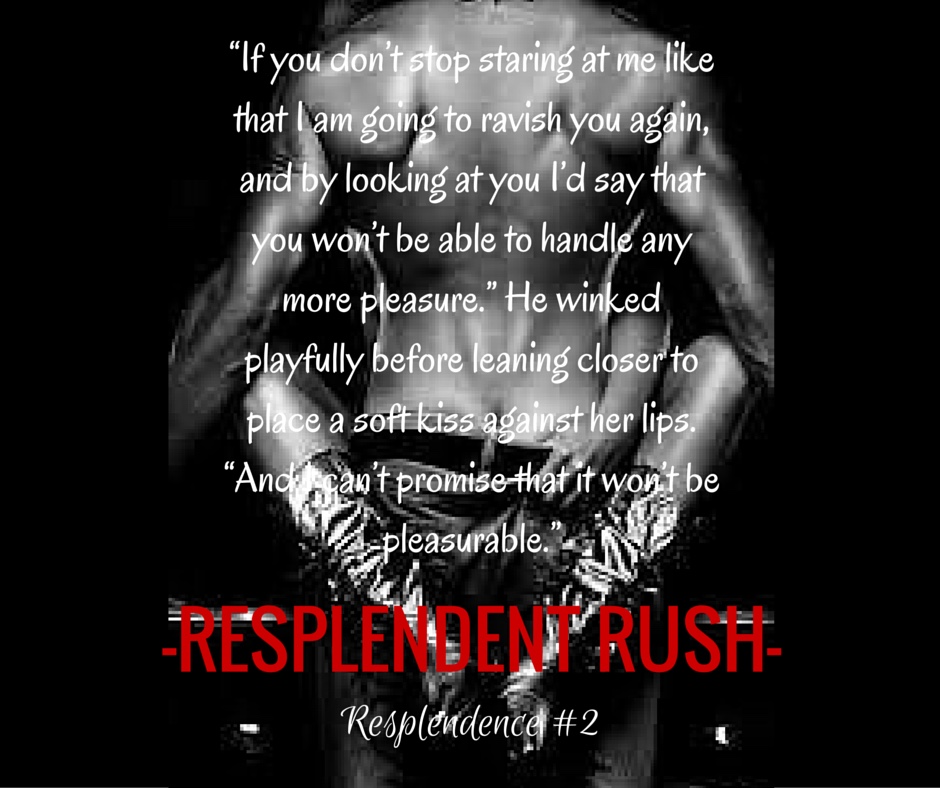 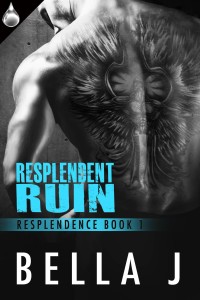 Juliette Mason had it all—the perfect job, the perfect home, the perfect fiancé. She lived the perfect life. Until everything started to slowly fall apart.
Daniel, her attractive and success-driven fiancé, was the love of her life. For years she wanted nothing more than to finally walk down the aisle, to be Mrs. Daniel Clarke. But as time went by, the cracks in their relationship started to come to the surface, and Juliette found herself in a place she never imagined she would be. It was a place where she started to question everything about her life and her dreams, a place where nothing about her life made sense anymore—a place where she found Knox Taylor.
Knox didn’t count on falling in love. In fact, Knox didn’t count on anything really. He was blissfully happy living a fast life of reckless behavior, impulsive decisions, and beautiful women. He lived the perfect life of a flourishing bachelor—but then she happened.
Content Notes: Spicy, Contemporary
Goodreads link for Resplendent Ruin (Resplendence Book 1)
Oh man, what a book. For a debut novel, I'm screaming from the rooftops to get your copy. This book knocked my socks off. That cover sucked me in and then the world painted for me kept me turning page after page... and before I forget "Knox is Mine" - NEED EPIC READS
Resplendent Ruin was really an enjoyable, emotional read! I got all caught up in the emotions Juliette went through and was drawn right into her dilemma. - LUV MY BOOKS
Instant love with the Author Bella J after reading her debut novel Resplendent Ruin. She knows her Alpha male and she knows it too well. The story was honestly just addictive! It’s the kind of story where you start the book and then suddenly realize that you’re halfway through and you have barely stopped. It was thrilling, emotional, romantic, hot, sexy, a lot of drama, just what I was looking forward to. - BOOK LATTE
Instantly Infatuated! I love this debut novel! Bella J wrote such a fantastic, nail biting, gut-wrenching love-triangle drama with so many surprising twists! Such a compelling, sweetly-heated contemporary romance that kept me glued to every page and tugged real hard on all my heart-strings! - ROMAZING READER
This story had me feeling the pain all the way around in this story of secrets, revelations and betrayals. I felt Juliette’s pain as she tried to work through her feelings for both Knox and Daniel, not really knowing until the end which way things were going to go. And that journey? This story was so full of highs and lows that my heart needed a break by the end. - GIVE ME BOOKS

About the Author
Bella J lives in Cape Town, South Africa with her husband, two kids, & chihuahua. Her love for writing started in eighth grade when she received her first writing assignment—which she flunked. But the positive side of her failure—her newly found passion for writing. The negative side—now she’s completely spaced out half of the time living in her little pretend world of romance, love, & insanely hot heroes. 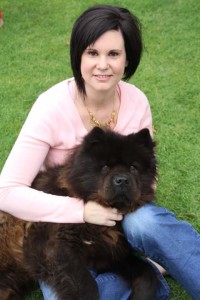