Carole Anne Moleti is here to give us a peek at Book One and Book Two of The Unfinished Business Series! I love the covers!

The Unfinished Business Series began like most of my projects—when I was not even thinking of writing a story. While opening up a summer cottage, pulling dustcovers off furniture and vacuuming up flies, I had the sudden inspiration to write a story about a woman who finds a trunk of old clothes and learns sad truths about the person who they once belonged to. It was a quick hop from that to a ghost story—and from barbecues and parades over the Fourth of July weekend in upstate New York immersion in a paranormal fantasy set on Cape Cod. The series combines my love of the beach and boats with a fascination about paranormal activities, and how past life experiences my influence our fears, fantasies, and choices.

Breakwater Beach: Book One in the Unfinished Business Series 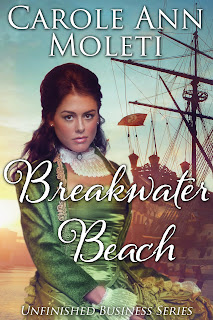 Liz Levine is convinced her recently deceased husband is engineering the sequence of events that propels her into a new life. But it’s sea captain Edward Barrett, the husband that died over a century ago, who has returned to complete their unfinished business. Edward’s lingering presence complicates all her plans and jeopardizes a new relationship that reawakens her passion for life and love. What are Captain Barrett’s plans for his wife, and for the man who is the new object of her affections.

Mike tipped his hand in salute and went out to his truck. “Morning,” he said to Mae who was getting out of her van.
“Good morning’ to ya, too,” she replied, looking at him askance. “Come along, lassies, still plenty to do.”
Mae looked at Liz standing in the doorway wearing Mike’s sweatshirt. Her eyes traveled from Liz’s hair, still damp and caked with mud and sand, all the way down to her bare feet.
“Ehh . . . a change in plans, girls. We’ll start downstairs today. First, polish the woodwork and then clean all the fixtures. Then upstairs, after the missus has time to get dressed.”
Mae herded them out of the foyer then followed Liz upstairs, smiling like she was about to solve the crime of the century. “From the looks of ya, that was one wild night on the beach. Now ya best be hoppin’ into the tub after passin’ me the nightie. I’ll soak it and get that mud out before it’s ruined. I’ll freshen the big guy’s sweatshirt, too.”
“It was nothing like that, Mae.” Liz couldn’t bear the thought of having to explain this to another person she knew from another life.
“Don’t get me wrong. I’m not passin’ any judgment. To be honest, I’m relieved. Ya took my advice. There’s nothin’ wrong with livin’, Liz.”

The Widow's Walk: Book Two in the Unfinished Business Series 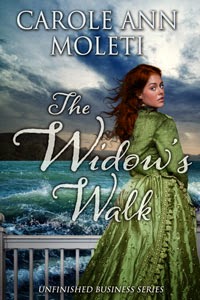 Mike and Liz Keeny are newlyweds, new parents, and the proprietors of the Barrett Inn, an 1875 Victorian on Cape Cod, which just happens to be haunted. By their own ghosts. The Inn had become an annex of Purgatory, putting Mike, Liz, and their infant son in danger. Selling the historic seaside bed and breakfast was the only answer, one that Liz and her own tortured specter refused to consider. Were they doomed to follow the same path that led to disaster in their previous lives? Was getting out, getting away, enough?

Bio
Carole Ann Moleti lives and works as a nurse-midwife in New York City, thus explaining her fascination with all things paranormal, urban fantasy, and space opera. Her nonfiction focuses on health care, politics, and women's issues. But her first love is writing science fiction and fantasy because walking through walls is less painful than running into them.
Books One and Two in the Unfinished Business series, Carole's Cape Cod paranormal romance novels, Breakwater Beach and The Widow's Walk, were published by Soulmate. Book Three, Storm Watch, is expected in 2017.
Urban fantasies set in the world of Carole's novels have been featured in Haunted: Ten Tales of Ghosts, Seers: Ten Tales of Clairvoyance, Beltane: Ten Tales of Witchcraft, and Bites: Ten Tales of Vampires. 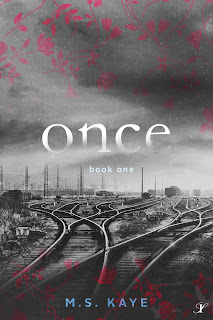 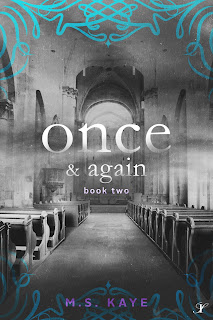