What is it about the President of the United States that makes so many women go weak in the knees? Many believe it’s the power they hold. Me personally, I think it’s the years of public speaking that makes them so personable. The POTUS delivers tons of speeches during his term and being comfortable in front of crowds is a must. As someone who detests standing in front of a crowd and having to speak, I find this quality amazing.

With my new series, POTUS, I focus on Cameron Maddox. Cameron will be the US’s first shifter president. With mixed race heritage and the stigma of being a shifter, Cameron has to overcome prejudice in his quest to unite humans and shifters. Cameron’s father was murdered by an activist who was against shifter equality, and the series will focus on Cameron’s inner circle as they focus on assisting him achieve his lifelong dream.

I’m very excited to bring this series to life. Claimed, A POTUS prequel, is the first installment in the series and tells the tale of Cameron finding his mate, Greta. Greta was a joy to create – a Midwestern gal who came to the Big Apple to start a bakery. Their romance will become the stuff of legend as they become the most powerful couple in the world. And I can’t wait to see where they end up!

Thanks to Layne for having me today and I hope ya’ll enjoy the sneak peek I’ve brought along. 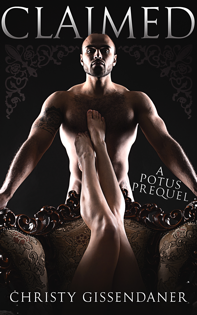 Successful New York politician, Cameron Maddox, is on track to be the United States’ first shifter president. With that goal in sight, he has little time for distractions. Fortunately for Greta Larrson, owner of The Beaten Path bakery, Cameron doesn’t ignore his intense response to her.
Greta’s immediately drawn to the powerful politician, but how can a weak-blooded shifter compete with the women he’s used to? Her dreams of success in the Big Apple are sidetracked when she realizes Cameron is her intended mate. Unused to the treacherous world of politics, Greta must decide if she’s willing to risk everything to be with him.
One day soon, Cameron will unify the humans and shifters of the country, but for now he must convince his intended mate to be his First Lady and join him on his path to the White House.
***Claimed is a prequel to a new series by Christy Gissendaner and features spanking, a BBW heroine, and a sexy shifter male who is prepared to take on the world...after he claims his mate.***
Buy Links:
http://www.amazon.com/Claimed-POTUS-Prequel-Christy-Gissendaner-ebook/dp/B00Y5RCMXM/

Cameron sat in the back of the luxury SUV the city provided him for transportation and pulled up his e-mail. Several messages required immediate responses. He forwarded them to his assistant with instructions before glancing out the tinted window.
The mid-afternoon sunlight lent a glow to the skyscrapers in the distance. The golden flames reminded him of Greta’s curls. He’d just left a meeting at City Hall, and even though he had work waiting at his office, he leaned forward to request a detour. “Carlos, take me to the Bronx.”
The driver met his gaze in the rearview mirror. “Sure thing, boss. The usual?”
“Yes. Thank you, Carlos.” Cameron settled back into the seat and resumed the scanning of his e-mail.
The past month, he’d visited to The Beaten Path, even though his office resided near Wall Street and his home in Manhattan. Visiting Greta had become the highlight of his day.
Like her namesake, the great Greta Garbo, a bundle of contradictions defined her. Beautiful, yet driven. Innocent, but with a husky voice and laugh that spoke of sex and cigarettes. Her baby blues ensnared him with a single glance.
For thirty days, he’d visited her shop under the pretext of buying cupcakes, when in reality he wanted her. He’d fought tooth and claw to bury the urge to stake his claim and carry her away to his penthouse apartment.
Enough was enough.
He stopped in front of her shop and stared through the window. His gut twisted as it always did near her.
He put his hand against the cool windowpane and stared at his resourceful, chosen mate. She didn’t see him. The hunger plaguing him, strong enough to propel him from halfway across the city, increased tenfold. He swept his gaze over her, taking advantage of the moment to study her while she was unaware of his presence.
Pink icing dotted her pert nose, and she bit her tongue when she concentrated. Cute. Innocent. Cameron couldn’t tear his gaze away. She was curvier than many women in New York. Better yet, her curves were real, unlike the plastic abominations he’d seen on the rail thin frames of women he passed on the streets. She smelled different too. Fresh, like cake batter and almonds, instead of the floral and musk so popular these days.
She looked up and saw him. Her frown of concentration eased into a smile of genuine warmth, and she motioned him inside.
“Vanilla bean cupcake with strawberry icing?” she asked as soon as he entered.
She knew his order well. And she should. “Hold the sprinkles.”
Greta laughed, just as she did every time he teased her about her overuse of the confectionary sweets. “No sprinkles. Gotcha.”
She turned away to fetch the cupcake. He peered over the counter, relishing the sight of her bent over the display case. The hem of her pink dress rose up in the back, granting him a view of lace-trimmed white garters and inches of pale thigh.
His cock hardened instantly. The animal within him unleashed a silent howl, able to recognize his mate even before Cameron had.
“How is work?” Greta asked as she presented a perfect cupcake to him on a tiny saucer. Her hand trembled as their fingers brushed, and her physical response struck a chord within him. Maybe she wasn’t as unaffected as she seemed.
“Good. Busy.”
Time to come clean and tell her he planned a trek that would someday carry him to the White House. His plan to campaign for the worldwide unification of shifters and humans was long overdue, and the upcoming Senate election was only a stepping stone.
Too many women were drawn to him because of his power, the status and influence he wielded. Few took the time to know him. Greta seemed truly interested, and he hoped her interest would continue after he revealed the truth.
Right now, he wanted Greta. 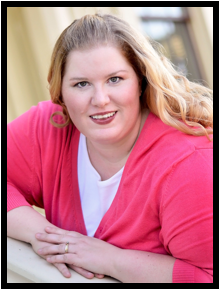 About the Author:
Christy Gissendaner is a paranormal and contemporary romance author who believes laughter and love should go hand in hand.

Christy lives in Alabama with her husband and three sons. She’s always hard at work on her next novel, but in her spare time she loves blackjack, karaoke, and anything resembling a vacation!

Thank you so much for sharing The POTUS Series with us today Christy, I wish you every success!!