The Next Big Thing - Blog Hop

Hello and welcome to The Next Big Thing Blog Hop. It is an exciting event that gives readers the opportunity to discover new authors! After my post I have put the names of several authors who are joining me. Below I have answered some questions on my new release Desire Unleashed published by Liquid Silver Books. 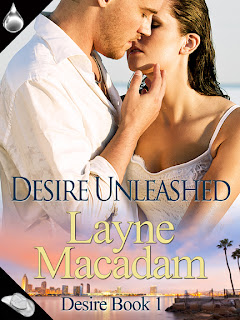 What is the working title of your book?

Well that’s an easy one to start with! The title is Desire Unleashed, and it’s the first book in my Desire Series. The hero is Shane Jackson, aka Ice, he’s a cocky navy SEAL and a loner, that is until he meets shy schoolteacher and good girl, Kathy Bellamy who turns his world upside down. I’m currently working on the second book in the series, Desire Denied and I have ideas running amuck in my head for Desire Rekindled.

Where did the idea come from for the book?
When I finally decided to tap on the keyboard, I knew I wanted to write about a hero in uniform that could evolve into a series. The story just didn’t germinate from one idea, it kind of bloomed and developed as I wrote. Being a pantster I let the story go where it took me, it was a real learning curve, but the threads all came together in a satisfying ending.

What genre does your book come under?
It’s a contemporary suspense, and as I said before the hero is a military man. Gotta love those men in uniform!  It’s set mostly in Coronado, but the story does take the characters to Louisiana and Cambodia. Being a romantic suspense there’s also a bit of a mystery to be solved, but I can’t say too much on that.

Which actors would you choose to play your characters in a movie rendition?
Mm that’s a tricky one. There are so many delicious actors out there it’s hard to choose. The main male characters are Ice, Wolf, Hawk, Havoc, and Frosty. Now Havoc is easy. He has an Australian dad and an American mom, so who better to play him than our own home grown hunk Chris Hemsworth. John Cena would be perfect for Ice, and Ryan Gosling for Wolf and Colin Farrell of course with red hair for Hawk, and last but not least Paul Bettany for Frosty.

What is the one sentence synopsis of your book?
That is tough, how do you reduce a one hundred thousand words book into one sentence. Perhaps something like this.  When cocky Navy SEAL meets old-fashioned good girl his life spirals out of his control, and as much as he bucks against it he finds himself in a relationship, but he’s not the only man after her, so when she goes missing he is predatory in his pursuit to get her back.

Is your book self-published, published by an independent publisher, or represented by an agency?
Desire Unleashed is published by Liquid Silver Books, they are a wonderful company and I can’t sing their praises enough. I enjoyed a good relationship with my editors and their art department was amazing.

How long did it take you to write the first draft of your manuscript?
When I finally decided to put pen to paper I guess it took me around 18 months. It is a long story and I wanted to make it perfect and for every character to have a voice, and to set the scene for their tale. Also the suspense element needed to be as dramatic as possible without giving anything away. I believe I achieved that but it took a lot of trial and error.

What other books would you compare this story to within your genre?
There are several writers I admire who write brilliant contemporary romance. But as far as series go I would have to say Sandra Hill’s Viking series or Suzanne Brockman’s military series are comparable to my Desire Series of which Desire Unleashed is book number one.

Who or what inspired you to write this book?
One of the biggest pleasures in my life has always been reading. I wanted to see if I was capable of writing. It made me wonder if I could weave a tale that people would enjoy.  Because of this ambition I decided to push my boundaries, to see how far my imagination would take me, and my family encouraged me all the way.