I'm so happy to have as my guest today Erin Bevan, she is giving us a sneak peak at Cupid's Angels. 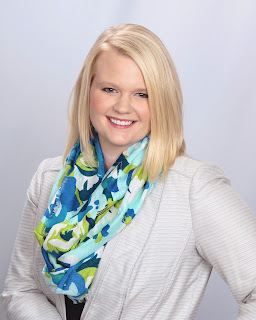 Erin Bevan was born and raised in Southwest Arkansas. She spent her teenage years working for her aunt at the local gas station flipping burgers and making milkshakes dreaming of the day when something better would come her way.

Fast forward ten years later, she found herself stuck inside an apartment in South Korea while her daughter went to preschool and her husband went to work. Alone and unable to speak the local language she turned to books for a friend. After reading a few hundred in such a short time, she decided to try her hand at writing one.

That first one sucked, but by the fifth and sixth book, Erin started to get the hang of this writing thing. Getting the first contract in the mail was a dream come true. Now, with three babies at home, she squeezes in stories one word at a time, one sentence at a time, one day at a time.  She’s a full time mom, a full time wife, with a little writer sprinkled in whenever she can get the chance. 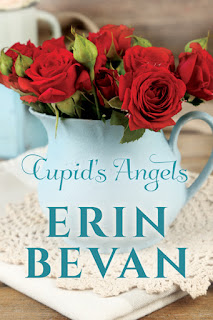 Ellie Childs isn’t looking for love. She’s looking for an AC repairman for the Forest Wood Senior Center. But when the repairman happens to be tall, dark and handsome, David White, he has the goods to make her change her mind. Unfortunately, he’s taken by a blonde Barbie.

David moved to the small town of Cupid, Arkansas to be closer to the woman he loves, his grandma, and as far away as possible from his ex fiancé. Not thinking his broken heart would ever work again, he’s proved wrong by falling for Ellie, a good-looking redhead. She’s the farthest thing from his ex as he can get, but as luck would have it, she’s taken, and the guy she’s seeing’s a real jerk.

When David’s grandmother, Mary Costanza, see’s the instant attraction festering between David and Ellie, she calls on the help of her three friends. Together they form Cupid’s Angels. Their mission, to bring David and Ellie together. Despite their best efforts, the Angels' plans backfire and push David and Ellie farther apart and into the arms of others. Or so they think.

Will the Angels' good intentions win out, or will their plots and schemes be the end of David and Ellie before the could even begin?

She opened her office door ready to face the damages. Expecting another sweat covered Neanderthal in Bib Overalls, her mouth fell slack at the sight of a handsome man at the end of the hall. She gasped and gripped the folder tighter, blinking to make sure she was seeing clearly. The only attractive men that ever walked into the Center had been over the age of fifty. To see one so young, so striking, made her light-headed.
A tight white undershirt gripped sculpted bicep muscles and broad shoulders. His jeans hung low on his hips and sported holes in the knees. His suntanned skin accented his bronze hair, and an easy smile spread across his face. He carried a toolbox in his left hand and held a bouquet of roses in his right.
Everything about him caused her knees to go weak.