Please welcome Haley Whitehall. She is doing an interview with Ida Page from Wild and Tender Care! 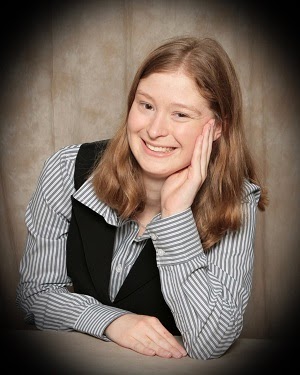 I’d like to thank fellow Liquid Silver Books author Layne Macadam for hosting me today. I’m having fun on my Wild and Tender Care release tour. Today I brought Ida Page with me to answer a few questions. She is the fiery redheaded heroine in my historical western.

1. Can you tell me a little bit about Big Rock, Colorado?

I can tell you a lot about this growing city in Colorado Territory. Not sure you’d like my view though. It became a boom town when gold was discovered. Lots of rough men came to Big Rock and I did quite well for myself working at the Blushing Rose. Now you don’t hear as much about miners striking it rich as you used to. Families are moving in and I’m struggling to make a new place for myself.

2. What is your profession? Do you like your job?
Ha! I used to be a shady lady. Even though the Blushing Rose shut down everyone still views me as a whore. Now I take in laundry to support myself. Who really likes doing laundry? It is an honest living though.

3. You were immediately attracted to Dr. Steere. What drew you to him?
I guess every woman takes notice of a stranger in town. We met at the Independence Day picnic. He was clean-cut and handsome. His long black hair and copper skin made him stand out from the other men in attendance. I was flustered when he showed an interest in me.

4. Did it bother you that Dr. Steere is a half-breed?
No. The day we met he told me his mother had been Creek and his father a white trapper. He was orphaned at a young age. I can sympathize with that as I was raised in an orphanage myself. We quickly found we had a lot in common.

5. Did you know you had nursing skills before Dr. Steere called upon you?

No. When the smallpox epidemic broke out I just rose to the occasion. None of the other men or women in town were willing to lift a finger to help him, and I knew the poor man couldn’t tend all those patients himself.

He pressed his lips together and after a second forged on. “So if you wouldn’t mind, could I sit with you?”
She should tell him no. Make a scene and embarrass him so he never came around her again. It would be for his own good, but selfishly she wanted him to stay. The good people in town would set him straight later. Since he didn’t know about her sordid past he could not be blamed for keeping her company.
“I would like that very much, Dr. Steere.”
He sat next to her, folding his legs crisscrossed. Like an Indian. He clearly had some Indian blood mixed with the white blood in his veins. Probably a half-breed. It wouldn’t be polite to ask, and his ancestry did not bother her one bit. He took off his hat and set it in his lap.
A fluttering sensation in her chest gave her a heady rush. She had been with many men in her short lifetime, but none had given her this feeling. Swallowing a sip of punch, she wished he would hold her hand. Yes, it was a foolish notion. They weren’t children stealing a kiss in the barn loft. Everyone was watching them whether he was aware of it or not.
Finishing her plate in silence, she inhaled his masculine scent, a unique combination of the outdoors and antiseptic. It fit the doctor. She drank down the last of her punch and set the empty cup on top of her plate.
Dr. Steere stood and offered her his hand.
Hesitating a second, she let him pull her to her feet.
He glanced at the couples dancing. “Would you like to join them?”
That was a terrible idea. She didn’t want to be forced to leave the picnic, but the hope in Dr. Steere’s eyes quieted her protests. And damn it, she would like to dance. She untied her bonnet and left in the grass next to his hat. “Yes,” she said, offering a smile. “I would love to.”
He hooked his arm around hers and her body tingled. Being led across the lawn to the designated dance floor she felt like a princess. The reel ended and many of the couples left to get refreshments. The musicians switched to a slow song to give the couples remaining a chance to catch their breath.
He unwound his arm and wrapped his palm around hers, placing his other hand on her hip.
The back of her neck prickled. “I feel everyone’s eyes on us,” she whispered. The waltz was a song for lovers.
He grinned. “Let them stare. It doesn’t bother me.”
It shouldn’t bother me either. She enjoyed the warmth of his hands, the heat in his gaze, and the remnants of tobacco on his breath. Focusing on him, she blocked out the unfriendly vibes sent in her direction. Though not powerfully built, she felt the strength in his arms, his suit hiding his rippling muscles.
He peered down at her, holding her gaze. The pleasure in his dark brown eyes likely mirrored her own. For a second she forgot about her past and let herself get caught up in the music, caught up in his touch, and lost herself in his sensual smile.
The song ended, and Dr. Steere did not let her go. Again Ida knew she should protest. It would be unseemly if they danced together any longer. 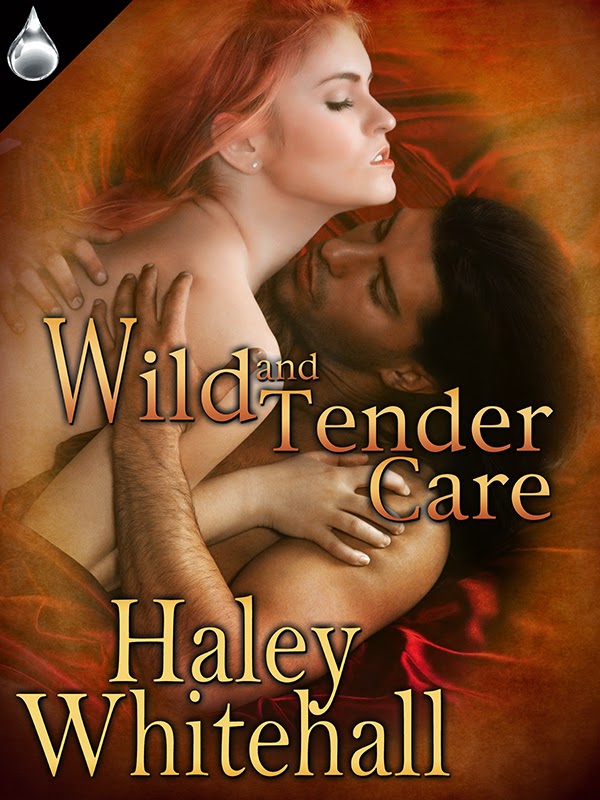 Mini Blurb:
The town of Big Rock, Colorado is changing its wild-west ways, and ex-madam Ida Page and new town doctor William Steere are finding it difficult to be accepted for who they are. But when these two outcasts meet, they find their rightful place in each other’s arms. Haley Whitehall burns up the pages in her hot, new historical romance, Wild and Tender Care.
Buy Links:
Liquid Silver Books    ~    Amazon US     ~    Amazon UK     ~    Barnes and Noble     ~    ARe

Bio and Contact Links:
Haley Whitehall lives in Washington State where she enjoys all four seasons and the surrounding wildlife. She writes historical fiction and historical romance set in the 19th century U.S. When she is not researching or writing, she plays with her cats, watches the Western and History Channels, and goes antiquing. She is hoping to build a time machine so she can go in search of her prince charming. A good book, a cup of coffee, and a view of the mountains make her happy. Visit Haley’s website at http://haleywhitehall.com.

Thank you so much Haley for visiting me today. I wish you every success with your new book and I must say I love the cover!!