I would like to welcome Liquid Silver Author Sofia Grey today.
She is talking about her new book  A Handful of Wolf.
Good luck Sofia! 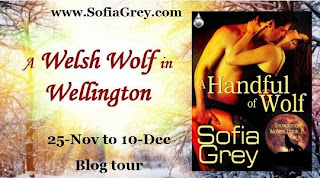 Since most of Sasha’s story takes place in Wellington, the compact and thriving capital city of New Zealand. I though it would be fun to feature a different part of the city – especially those mentioned in the book – on each tour ‘stop’. Come and join me on a truly unique virtual tour of Wellington J

Mighty Mike’s does exist, but the real name is Mighty Mighty. I took the liberty of  changing the name to protect the innocent… you know what I mean.

On the night I went, there was a very alternative music act performing. One guy in a wolf-head helmet, armed with one guitar and amp, and a sound that would rival a four-piece rock band - complete with wolf howls. He must have been a shifter. The howls sent shivers down my spine. 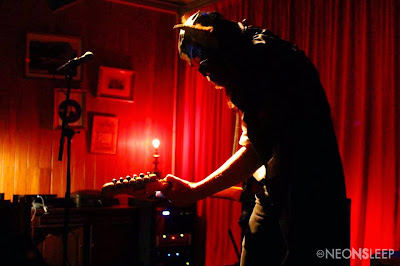 We’d started at a charity gig on the Waterfront, myself and two girlfriends, and when that finished earlier than we expected, we decided to head into town in search of more live music. It was a Saturday night at the start of autumn, warm and dry, and perfect for exploring the nightlife. The first place we tried only had half an hour left of live music, and so we headed even further into town, ending up at Mighty Mighty.

It was breathtaking, eardrum-shattering, and so full-on that we were buzzing for hours afterwards – the best kind of club. I’d just started work on Sasha’s story and I knew I had to incorporate the nightclub. After all, if shifters were going to hang out anywhere, an alternative rock club is the ideal place :-) 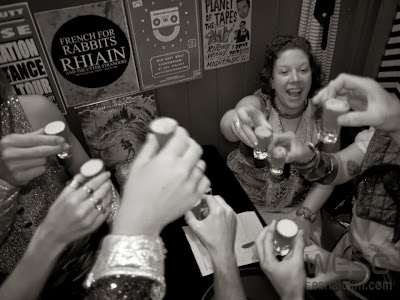 In this extract, Megan and her friends take Sasha to Mighty Mike’s:

They climbed up the narrow staircase to the entrance and the waiting doorman and Megan felt a familiar shiver ripple down her spine. Sasha paused and looked at her, a question in his eyes. “There’s something odd about this place,” she tried to explain. “I love coming here, but it has the weirdest vibe. You’ll see.”

Sasha saw all right. And smelled it. Wolves. Mighty Mike’s was a shifter club with a monster of a wolf on the door. Even he felt slightly intimidated. The doorman inhaled deeply when Sasha handed over his ten dollar entrance fee, then pinned him with a curious gaze. “Not from round here, eh?”

“Enjoy your visit.” The doorman slipped something into the palm of his hand before stamping the back with a blurry image of a howling wolf, and then Sasha followed the girls.

Once inside the thick door, the wall of music hit him first, assaulting his sensitive eardrums. His wolf growled. Remembering the doorman, he opened his palm to see two tiny foam earplugs. With a grin, he fitted them and instantly, the harsh bass notes softened to an acceptable level. Megan tugged at his hand and pulled him toward the bar. “Shots first. It’s our tradition.”

He nodded and let his gaze drift around the room, absorbing the frankly strange people in various states of inebriation. Weird, how Megan had felt the shifter vibe. The atmosphere oozed shifter pheromones, so thick they were practically visible. Aside from his Pack, he’d never seen so many shifters in one place at the same time. But then, he’d never lived in a city before.

A Handful Of Wolf  is available 25 November 2013, from Liquid Silver Books. 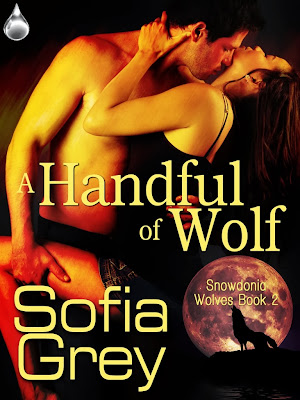 Sasha's not a looking-to-the-future kind of guy, but he's made an exception with his plans to travel and meet lots of pretty girls. Too bad his Pack Alpha, fate, and reality have other ideas about his trip abroad. He's pretty sure he didn't sign on to be a diplomat for the Snowdonia Wolf Pack. Or to find a Mate. Especially not a human Mate.

Megan knows better than to let a sweet-talking charmer get under her skin, but Sasha's sexy playfulness is making her forget all her rules. Except one: she's not willing to risk her heart by falling in love. The gorgeous boy from Wales can only be a fling, especially since her over-protective brothers hate him on sight.

In the midst of a wolf uprising, a hesitant Mate, and Megan’s complicated family ties, Sasha learns that sometimes impulsiveness is dangerous and even lethal. Can he show Megan why they belong together before it all comes crashing down around him and he loses his Mate forever?

I’m giving away 3 copies of A Handful of Wolf, to 3 lucky commenters across the tour. Just leave a comment at whichever site you visit, and you’ll go into the draw. The more comments you leave, the more chances you get to win J

Catch me blogging with Allyson Lindt at www.GeminiGirls.com 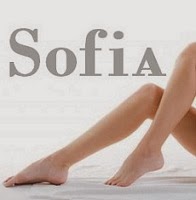 About Author
Romance author Sofia Grey spends her days managing projects in the corporate world and her nights hanging out with wolf shifters and alpha males. She devours pretty much anything in the fiction line, but she prefers her romances to be hot, and her heroes to have hidden depths. When writing, she enjoys peeling back the layers to expose her characters’ flaws and always makes them work hard for their happy endings.

Email ThisBlogThis!Share to TwitterShare to FacebookShare to Pinterest
Location: Australia